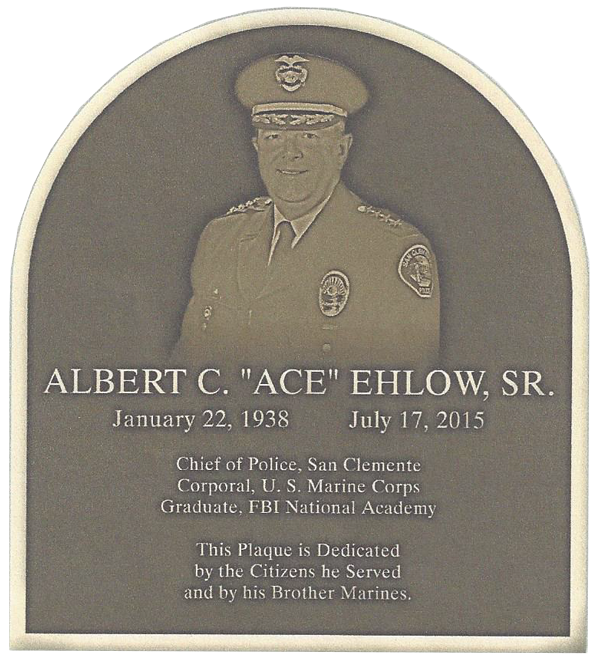 Our Marine Corps League-South Coast Detachment Members, along with the Heritage of San Clemente Foundation (HOSCF), and the City of San Clemente are very pleased and proud to extend an Invitation to you, your family, and friends to attend a May 30th Memorial Day Tribute & Bronze Plaque Unveiling at 2:00PM-Park Semper Fi-SC to commemorate the life of our dear friend Al “Ace” Ehlow.  As arranged by Wayne Eggleston-Executive Director of HOSCF & Park Semper Fi, the Keynote Speakers for this Tribute will be BGen Edward Banta-Commanding General, Marine Corps Installations West and Retired San Clemente Police Officer Rick Corder who served along with Al. Seating is limited to 300 and will be first come first serve. 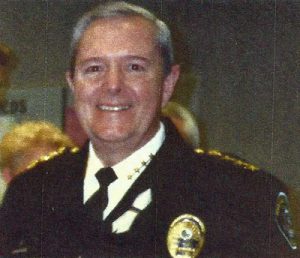 Al was an Outstanding San Clemente Police Chief, a Tried & True Marine, and loved life to its fullest. Prior to and in retirement his passion was his beloved Marine Corps and Marine Corps League-South Coast Detachment of which, in 1974, he was one of its Founders and “Plank Holders,” when the Detachment came in to existence. He, on several occasions and sometimes for a few years in succession, was elected Commandant of our MCL-SCD. Al was a true role model, led by example and was a “Boots on the Ground” Commandant. His leadership style was inspirational to all who had the privilege to be a member under his command.

In particular, he really enjoyed being involved with our Marines aboard Camp Pendleton and was driven to see that our Wounded, Ill and Injured Heroes  & their Families were well looked after. On many occasions one would find Al visiting those in need of comfort and care and was the first to see to it that they were well fed. He loved “Breaking Bread” with our Marines and was always the first to take care of their meals.

“In Memory of Al Ehlow Sr.”

In consultation with his wife Marylin, she asked that, in Al’s name, we perpetuate his Memory by looking after those Marines & their Families that are so deserving and in need. If you would like to support this very worthwhile cause, please feel free to Donate via our secure PayPal Link below with your Credit or Debit Card or send your Check to:
Marine Corps League-South Coast Detachment
(Note Section: Al Ehlow Tribute)
P.O. Box 3775
San Clemente, CA 92674-3775
The MCL-SCD is a 501 {c} (4} Non-Profit-EIN 33-0450163.


Donate In Memory of Al Ehlow Sr.
to MCL Online via our PayPal account:

We look forward to being in your company on Memorial Day-2:00PM at Park Semper Fi. Your generous Outreach is greatly appreciated.

Albert Charles Ehlow, Sr., “ACE” was born in Saginaw, Michigan on January 22, 1938. He married his high school sweetheart and love of his life, Marylin Ehlow, in 1956.

Shortly after, The couple moved to Southern California where Al had a distinguished career as a faithful public servant. Enlisted in the Marine Corps, he completed three years of active duty including training exercises overseas. He spent 30 years with the San Clemente police department, starting as a dog catcher in 1962 and retiring as Chief in 1992 – the last to serve in that post.

Al graduated from the FBI national Academy in 1980 and remained an active supporter of law-enforcement, the Marine Corps, and the community throughout his retirement. For example, he was instrumental in dedicating a stretch of I-5 in honor of San Clemente’s only fallen police officer Richard T Steed and establishing park Semper Fi. He also regularly participated in community events, such as volunteering as a docent in the San Clemente Historical Society’s museum and speaking at the city’s annual Memorial Day observance.

Al had many achievements, but as family and friends for his true passion. He and Marilyn racised three sons; Albert Jr, Lawrence, and David, and 8 grandchildren and 2 great-granddaughters. A history buff, Al also enjoyed traveling the world. He and Marilyn took many cruises and often attended the FBI National Academy annual conference held in various cities throughout the U.S.

Friendly and compassionate, Al easily made friends with everyone he met. He was an inspirational community leader and mentor, and will live on in all who knew him. 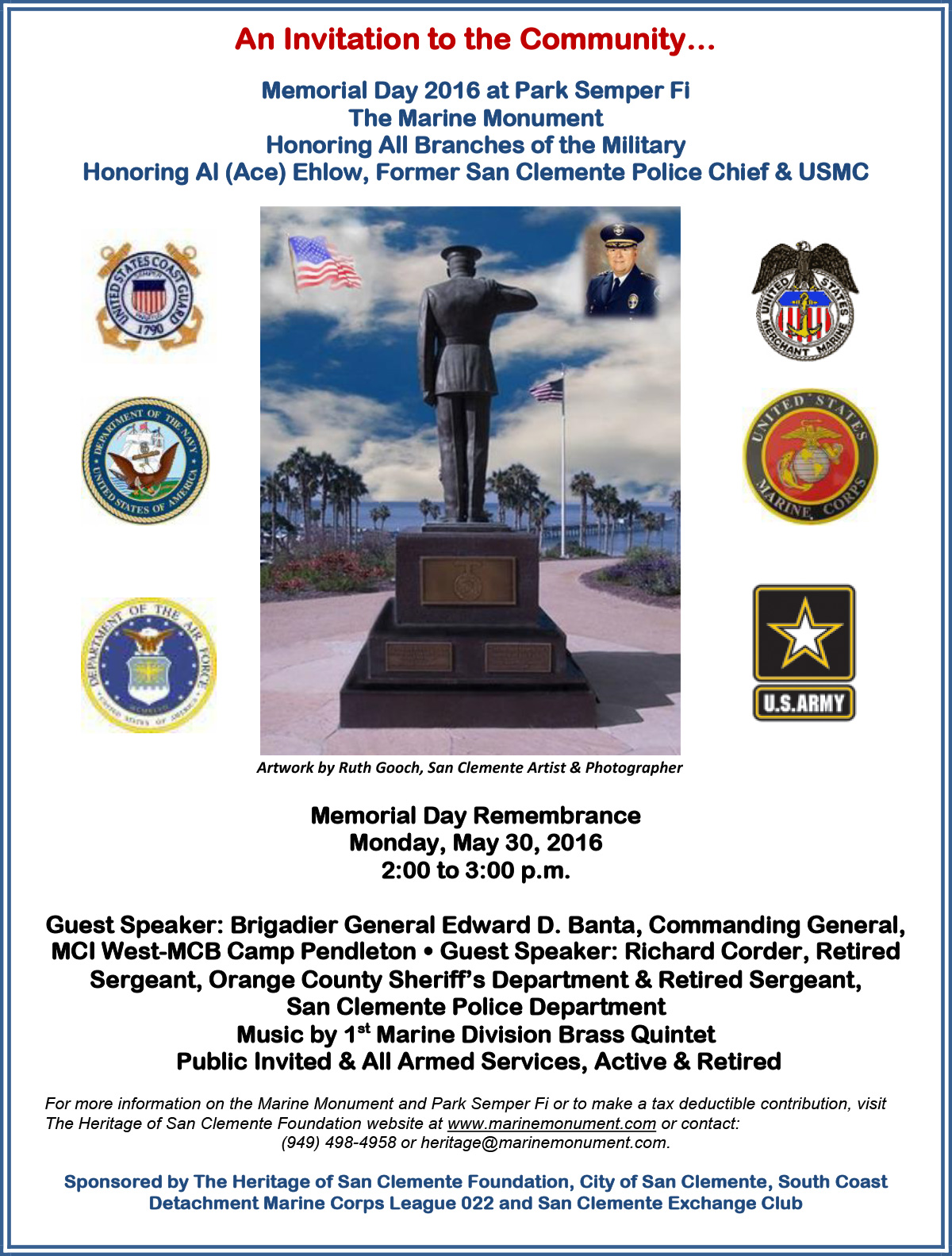 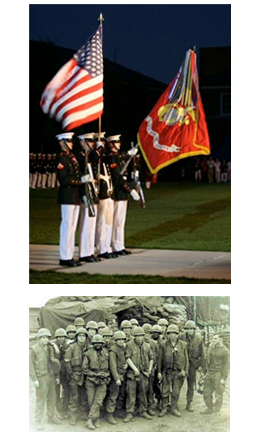 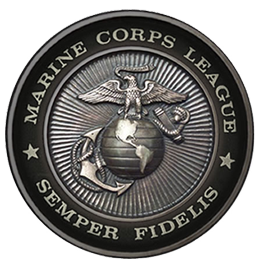 Donate to the MCL-SCD in Memory of Family, Friends and Service Members. 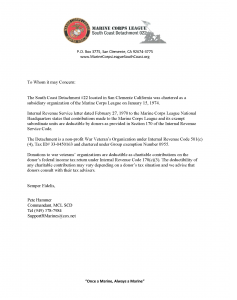